Dutch Seeds Shop Review: Dutch Seeds Shop is a seed bank that all growers should avoid. Many customers report not receiving orders, which the company takes no responsibility for. For orders that do arrive, there are many reports of poor quality seeds that don’t germinate. Look elsewhere for your cannabis seeds.

Continue reading this Dutch Seeds Shop review to find out why this seed bank should not be trusted with your money.

And where to buy your cannabis seeds instead.

So, Where Should You Buy Your Seeds?

Over the last few months, I’ve been reviewing and comparing the best seed bank to order from.

I ranked each seed bank on a variety of key factors such as reliability, customer service, germination guarantees, seed prices, and much more.

I discovered that there are a lot of shady seed banks out there.

Some Dutch seed banks are bastions of cannabis culture, society, and knowledge.

They’ve been around for decades.

They helped normalize cannabis one the world stage.

They set the tone for cannabis culture around the world.

In contrast, some Dutch seed banks are borderline scams.

Dutch Seeds Shop is one of these seed banks.

The company has a shady history.

It claims it was founded in 1998, but doesn’t give any other background information.

In addition, Dutch Seeds Shop has left a slew of angry customers in its wake

In other words, it’s best to look elsewhere for your seeds.

But if you want to learn more, read on for my Dutch Seeds Shop review. 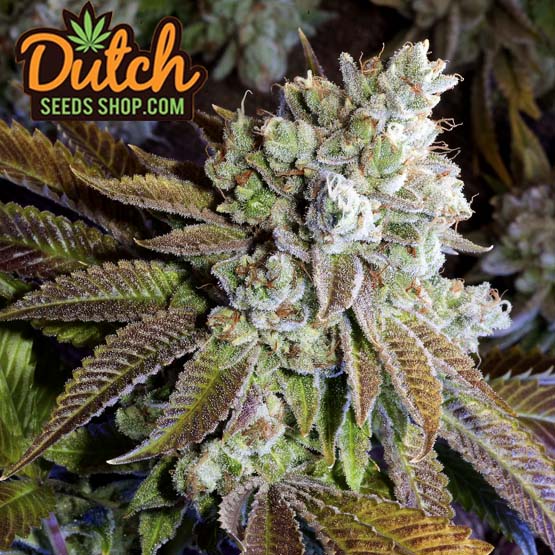 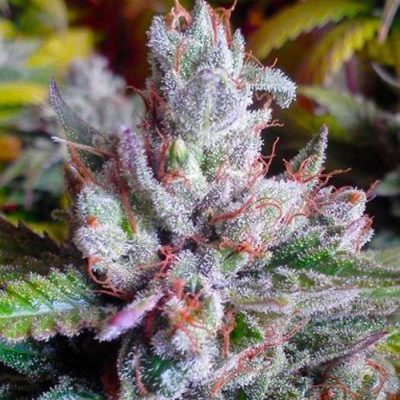 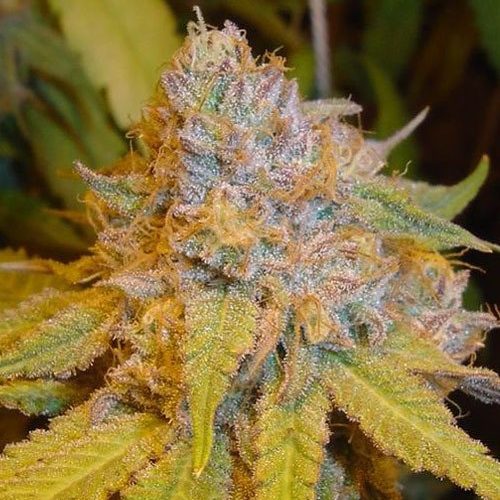 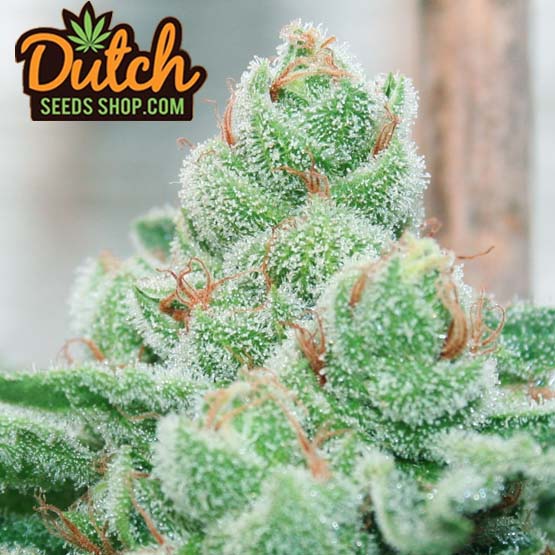 While this seed bank may not be a scam, it’s pretty close.

In addition, whoever designed their website apparently has no idea how many seeds Dutch Seeds Shop is actually selling.

It’s tough to take a seed bank seriously when their website has so many errors.

And that’s even before you look into Dutch Seed Bank’s history.

Once you actually delve into it, you’ll find an army of dissatisfied customers.

The vast majority of Dutch Seed Bank’s customers report never receiving the seeds they paid for.

In addition, many who actually got their seeds found that the seeds weren’t viable.

Many are calling Dutch Seeds Shop a scam.

However, I’m not ready to make that call yet.

Some customers do report receiving their orders.

It’s just enough to make you think that Dutch Seeds Shop might just be a very poorly-run business instead of an outright scam.

But in case you still had questions, read on for my complete Dutch Seeds Shop review.

Most Dutch Seeds Shop seeds don’t even show up in the mail.

But the ones that do have a slew of problems.

There have been feminized seeds that end up being male.

In addition, although Dutch Seeds Shop’s website boasts an 87 percent germination rate, the actual number is much lower.

These are garbage beans.

I don’t know where to start with this one.

Dutch Seeds Shop claims to have three different amounts of strains available on their website.

On their banner at the top of the website, they claim to have 150 strains.

On the bottom of their page, they say they have 100 strains.

And in the middle of their home page, they state they carry a paltry 30 strains.

For what it’s worth, you can buy about 200 products from Dutch Seeds Shop’s online store.

However, some of these products are the same seeds, just feminized or autoflower versions.

I’d say Dutch Seed Bank probably has about 100 strains available on their website.

However, it’s less than half of the strains that seed banks like Sensi Seeds or BC Seed Bank have.

They cover their bases with standard fare like White Widow, Northern Lights, and Durban Poison.

In addition, they have their own crosses of classic strains.

But there isn’t really anything here that’s too special.

May customers report not receiving any response from their customer service inquiries.

In addition, other customers say that Dutch Seeds Shop did return their emails but refused to solve their problems.

In fact, one buyer said that he received a reply from the owner of the company itself promising a refund, and never got it.

Customer reviews of Dutch Seeds Shop have been overwhelmingly negative.

In fact, many users accuse Dutch Seeds Shop of being a scam.

Not every customer reports the same experience, though.

Some customers appear to have actually received packages from Dutch Seeds Shop.

However, their reviews were less than enthusiastic.

One customer report all of his feminized seeds germinating, but turning out male.

Another said that he received 44 seeds, but only 3 germinated.

Out of those, only one survived.

There are some positive customer reviews.

These are by far the minority of reviewers, though.

Based on customer reviews of Dutch Seeds Shop, it’s hard for me to give this seed bank a positive rating.

As always, I strongly suggest against sending cash through the mail.

However, this makes it difficult to pay Dutch Seeds Shop anonymously.

Usually I’d say that I wish Dutch Seeds shop accepted payments through some kind of crypto, like BitCoin.

Not only can you use cryptocurrency to make anonymous purchases on the internet, but crypto can also be an asset to make you money.

But considering Dutch Seeds Shop’s poor track record with fulfilling their orders, maybe it’s best that you need to use your credit card.

That way you can cancel your payment if you don’t receiver your order. 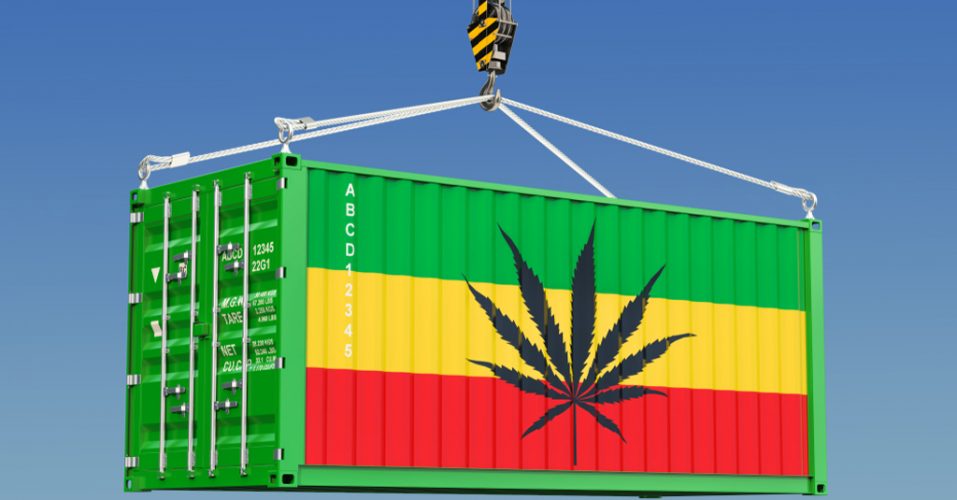 It’s pretty bad when the majority of your customers say they don’t receive products that they paid for.

That’s exactly everyone is saying about Dutch Seeds Shop.

I’ve never seen so many unsatisfied seed bank customers in my life.

And their most common complaint was that they never received their orders.

I understand that it’s difficult to run a seed bank.

And shipping seeds in the mail is always risky.

But most customers say that they tried to contact Dutch Seeds Shop about their order and received no reply.

Many customers contacted their banks to cancel their purchases.

It’s a bad look for a seed bank to have so much negative feedback.

It’s the kind of errors that are difficult to bounce back from.

This was a difficult section for me to figure out.

On one hand, every customer who received their seeds said that their packages were nondescript and stealthy.

On the other hand, the vast majority of Dutch Seeds Shop customers said that they never actually received any packages in the first place.

With that being said, I’m rating Dutch Seeds Shop with a 3 out of 5 for discretion.

If you get your package, their stealth factor is pretty good.

But good luck actually getting your seeds in the first place.

If Dutch Seeds Shop is to be trusted, this is one place where the company actually shines.

Dutch Seeds Shop offers customers 10 free seeds whenever they place an order of $100 or more.

That’s a pretty decent deal. As a matter of fact, it’s even better than BC Seeds’ random “freebie seeds” deal.

However, given Dutch Seeds Shop’s reputation, you have to wonder if you’ll end up receiving any seeds at all.

Some customers reported that they received their shipments, but never got the bonus seeds they were promised.

In other words, take these promotions with a grain of salt.

Below are some commonly-asked questions about Dutch Seeds Shop.

Where is Dutch Seeds Shop Located?

Are there any Dutch Seeds Shop discount codes?

No, but they offer discounts on their website… if you can trust them.

No. Don’t let yourself get ripped off like countless others have been.

Does Dutch Seeds Shop Ship to the USA?

I think I’ve pretty much said it all at this point. Save yourself some trouble and stay away from Dutch Seeds Shop.

If they do, they’ll probably die before you can harvest them.

Save your money and go somewhere legit instead.

Check out my page on the Best Seed Banks to find out more.