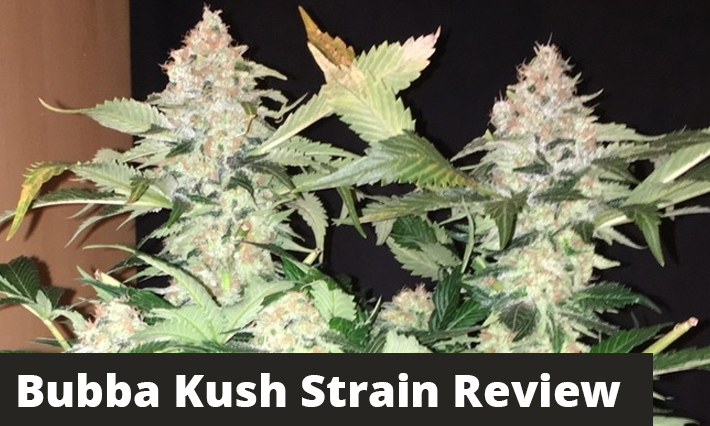 Bubba Kush, also known as “B.K.,” “Bubba,” and “Bubba OG Kush, “is a wildly popular L.A. strain, attracting celebrities and weed enthusiasts alike. In addition, this strain is known for its incredibly soothing and relaxing effects.

In this Bubba Kush review, you learn everything you need to know about the Bubba Kush, including the most frequently asked questions and a guide to growing it.

Where To Buy Bubba Kush Seeds 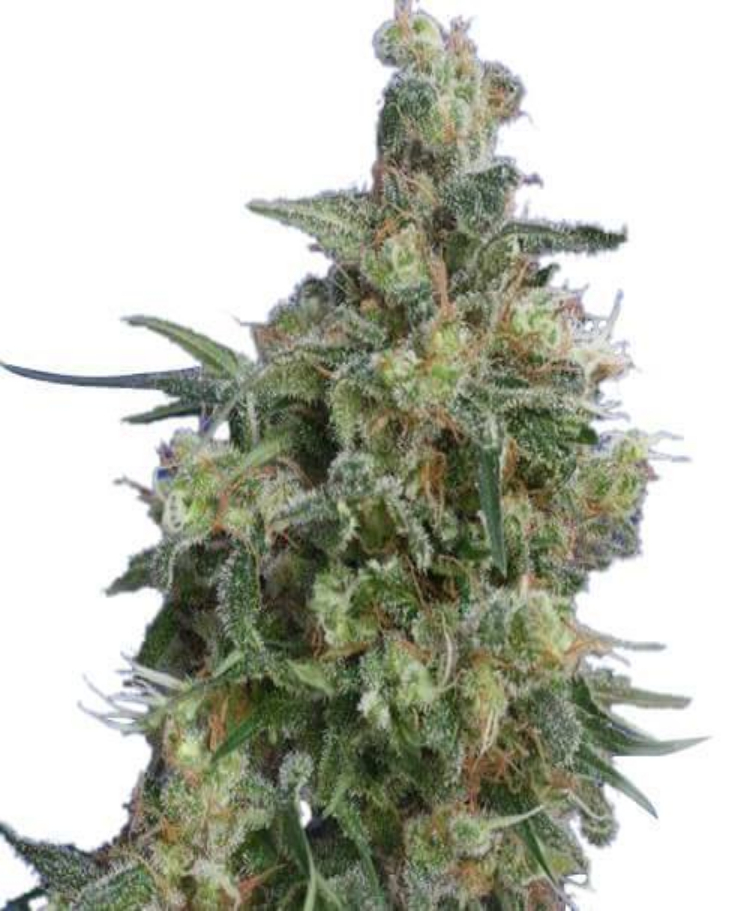 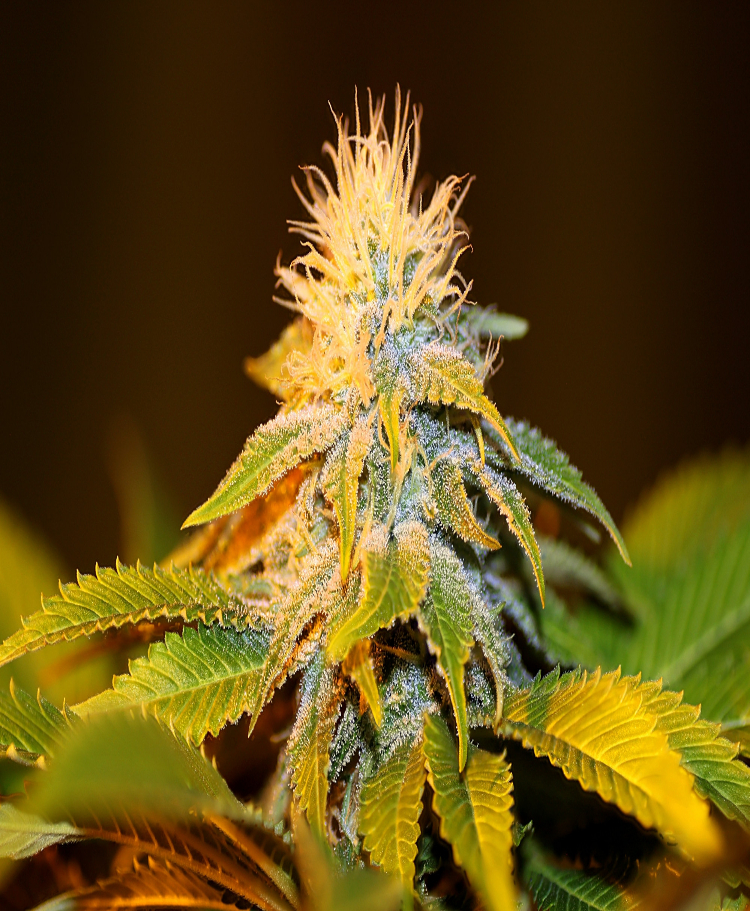 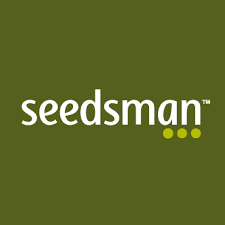 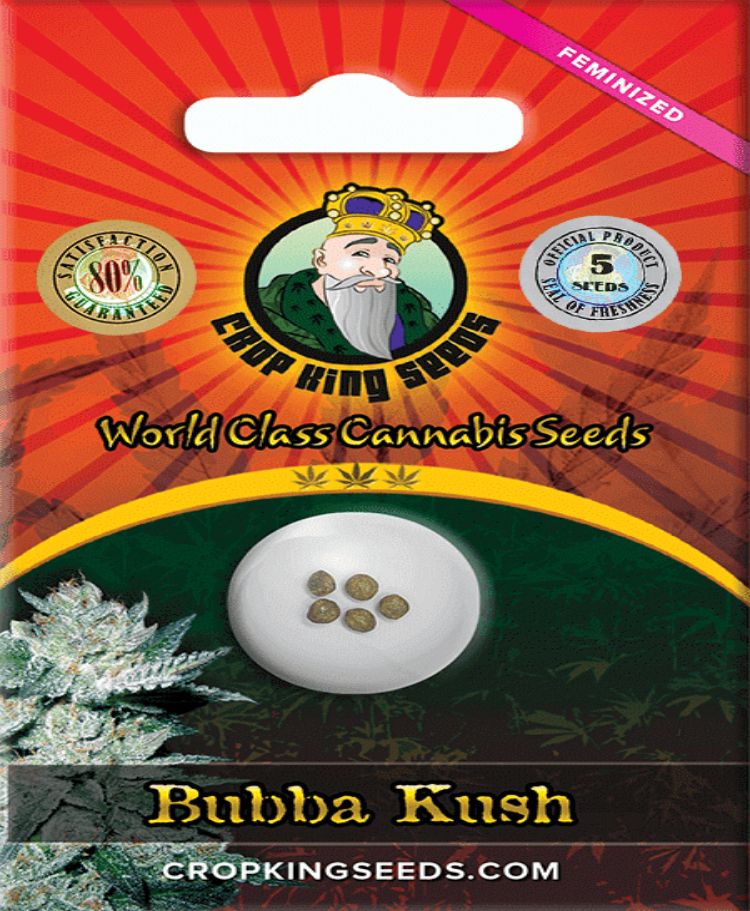 Where Does Bubba Kush Come From?

The story of one of America’s most beloved strains comes from Los Angeles in 1996.

A young breeder experimented with different strains of OG Kush from afghani descent and accidentally mixed an unknown Northern Lights phenotype with it, which was brought from Mardi Gras in New Orleans. Thus, Bubba Kush was born.

When Did Bubba Kush Come Out?

Bubba Kush came out in Los Angeles in the 1990s and gained popularity all over the United States.

However, it remains a favorite of L.A. weed lovers to this day.

Why is it called Bubba Kush?

Bubba Kush is named after the famous breeder Matt “Bubba” Burger who first cultivated the original phenotype in 1996.

What Strains Are Similar To Bubba Kush?

Bubba Kush is an indica-dominant type and strain similar to it may include:

How Does Bubba Kush Make You Feel?

The effects of this strain are incredibly potent. The high delivery is intensely soothing and highly long-lasting.

During this time, users will experience a heavy slobbering peace and a palpable sense of physical comfort.

Is Bubba Kush Indica or Sativa?

This strain is a hybrid, so it has both Indica and Sativa properties.

But it is mostly Indica dominant since it has an 80% Indica and 20% Sativa ratio.

So you should expect a very calm, dreamy high from the legendary bud.

Is Bubba Kush An Autoflower?

Bubba Kush itself is not an autoflower strain, however, you can get your hands on its autoflower version from Humboldt Seeds Organization, which can produce yields of up to 90g per plant both indoors and outdoors.

What is Bubba Kush THC level?

The THC level in Bubba Kush is relatively higher than in other strains.

What is Bubba Kush CBD level?

If you’re looking for more CBD levels in your bud, you can try other strains such as PlainJane, Charlotte’s web, etc.

Bubba Kush is considered extremely strong and gives you a pretty intense high.

Thus, it is not advised for first-time users, only people who developed some level of experience.

Bubba Kush is considered to be pretty high-end due to its remarkable quality.

The bud itself is very short and bushy, but it packs a powerful punch.

However, the quality of the strain usually depends upon growing conditions, and Bubba Kush poorly grown will not be called top-shelf.

Is Bubba Kush A Bad Strain?

Baba Kush is not necessarily a bad strain.

On the contrary, many people consider Bubba Khush to be a very potent and intense strain.

However, there are some negative connotations attached to this particular strain as its incredible effectiveness leads many people to feel anxiety, paranoia, or sedation.

However, if you approach this with the right mindset and experience, this can be one of the best strains to enjoy.

Bubba Kush is not an exotic strain because it is easy to find from a local dispensary. However, it has a unique, palpable flavor that most strains don’t usually have.

Bubba Kush tastes like coffee or chocolate when inhaling, having one of the most exciting flavors in the market.

Upon exhaling, it has a very earthy, hashy, and spicy taste.

Bubba Kush smells like a mixture of gasoline and earth.

The flowers themselves have a strong aroma similar to coca and coffee with tones of citrus and spices.

Bubba Khush has a more subdued smell of gasoline due to its herbal and earthy nature.

However, strains such as sour diesel are famous for their strong gasoline smell

Why is Bubba Kush So Popular?

Bubba Kush is so famous for its intense high and its medicinal and physical benefits.

The deep relaxation is unlike no other.

Thus, making it beloved across the United States.

This strain is also well-known due to its potency and relaxing effects, being a favorite of celebrities such as Snoop Dogg and Cypress Hill.

Is Bubba Kush the same as OG Kush?

OG Kush is different from Bubba Kush because while Bubba Kush is a variant of OG Kush, it is also a hybrid with northern lights.

Thus, it has many typical qualities of OG Kush, such as the hashy smell and appearance. However, its aroma and effects are significantly different.

Bubba Kush is considered one of the easiest strains to grow due to its resilient nature and indica properties.

The plants reach a moderate height and are ready to be harvested in mid October when grown indoors.

Moreover, it produces a decent yield and takes less time to grow than other strains.

Bubba Kush follows the same growing process as most strains, so I’d recommend reading our step by step guide to growing cannabis.

How Much Does Bubba Kush Yield?

Bubba Kush can yield up to 600 grams when grown indoors.

This strain yields about 800 grams when grown outdoors, making it one of the highest yielding strains available and an excellent choice for beginners.

Is Bubba Kush Easy To Grow?

Bubba Kush is considered the easiest to grow and is recommended for novice growers.

It provides marvelous results in exchange for very little attention.

It does well in soil and even better in hydroponics. The buds are of exceptionally high quality and grow short and bushy.

How Long Does Bubba Kush Take to Grow?

Bubba Kush takes a relatively very low time to harvest and grow as it only takes about seven to nine weeks.

Therefore, around 62-65 days is the ideal time to grow Bubba Kush, as this will give you the most high level of potency and better taste.

When growing outdoors with natural light, Bubba Kush is ready for harvest by mid-October.

This short time of growth is excellent for amateur growers.

How Tall Does Bubba Kush Grow?

When grown outdoors, Bubba Kush can reach heights of 2.5 and it can grow up to 2.0 m when grown indoors.

Bubba Kush is one of the most resilient strains you can find and is resistant to powdery mildew and bud rot.

Therefore, it is recommended for beginners due to its low growing difficulty.

When Should You Harvest Bubba Kush?

Bubba Kush is ready for harvest in late October or early November when grown outdoors.

Indoors you should harvest it within 9-10 weeks.

It would help if you wait until the pistils have turned white, the hairs darken and start to curl in.

It would be best to begin to harvest when at least 70% of the pistils have turned brown for maximum THC yield.

Yes, as it does contain anthocyanins.

However, if grown correctly and in ideal conditions, the strain will not turn purple.

And you do not have to worry about ruining this strain as it is relatively easy to grow.

How Does Bubba Kush Compare To Other Strains?

Here we will take a look at how Bubba Kush compares to similar strains in the market:

Both strains are Indica dominant strains with up to 21% THC, providing a relaxing, euphoric high, making them capable of relieving pain, anxiety, and fatigue.

Both these strains have a similar pungent, earthy aroma and a sweet, piney taste.

Both strains are relatively easy to grow for beginners and reach a moderate height of 2-2.5 meters.

Also, the strains thrive better indoors, where they produce yields of more than 15 ounces per square foot.

While Bubba Kush and Sour Diesel are similar in their genetic makeup, they have very different compositions.

Sour Diesel is Sativa- dominant, and Bubba Kush is Indica dominant containing up.

Comparatively, Bubba Khush is easier to grow and has higher levels of both THC and CBD, while Sour Diesel is more difficult to grow and offers low yields.

Sour diesel also has a more pungent chemical smell than Bubba Kush, which is more earthy and wood-like.

When it comes to their effects, both strains provide relaxing yet cerebral effects on the body, making you feel calmer.

Both Bubba Kush and Master Kush are identical in their genetic makeup and their effects.

They both have Indica dominant traits and similar levels of THC and CBD. Even though both strains share Indica properties, Bubba Kush provides a cerebral high compared to Master Kush’s body high.

Both strains also have a similar pungent, earthy, smell and taste, but Bubba Kush is said to have the superior taste.

Due to their Indica-dominant properties, both strains are relatively easier to grow and reach moderate heights.

Both Bubba Kush and Master Kush produce yields of 15 ounces or more per plant.

Both strains Purple Punch and Bubba Kush, have a similar genetic makeup as they are Indica-dominant strains and have similar levels of THC (up to 21%).

However, Purple Punch contains 1% CBD, which does not sound like much of a difference but ends up making a significant impact on the high.

The main difference comes in taste; Purple Punch is famous for its blueberry, vanilla flavor, whereas Bubba Kush has a more traditional earthy, piney kush taste.

In addition, Bubba Kush is relatively easier to grow than Purple Punch and offers high resistance to mold.

However, both strains produce moderate yields around 15-17 ounces per square meter.

Both Bubba Kush and GSC come from OG Kush hybrids, but Bubba Kush has a slightly higher Indica to Sativa ratio (60:40).

In addition, Girl Scout Cookies contain more THC, which clocks in at a surprising 28%, as high as 35%, making your GSC more potent.

However, both strains have an identical taste as they have a similar, pungent, earthy smell and sweet taste on the exhale.

Moreover, both strains are beginner-friendly for growers and have a high resistance to mold.

They also produce relatively moderate yields, up to 17 ounces per square meter, adequate for many novice growers.

Moreover, both strains have a similar pungent smell and sweet, earthy taste.

In terms of taste and smell, Platinum OG has an earthy, piney taste and a pungent weed smell, while Bubba Kush has a sweeter aroma and aftertaste on the exhale.

In terms of growing difficulty, Platinum Kush is a little harder to grow than Bubba Kush, thriving better with the sea of green method.

Moreover, Both these strains produce moderate yields, around 18 ounces per plant.

Compared to Bubba kush, Gorilla Glue is a hybrid strain with similar couch-locking effects due to its high THC content that ranges from 19% to a whopping 30% in some strains but still locks in a cerebral punch during the peak.

As a result, both these strains can make the user feel euphoric, relaxed, making it perfect for relieving anxiety, stress, or pain.

In terms of aroma and taste, both Gorilla Glue and Bubba Kush have a similar pungent smell and an earthy pine taste, but the latter is sweeter in flavor.

Moreover, both these strains are resistant to pests and relatively easy to grow for beginners.

You should expect these strains to yield up to 18 ounces per plant or more if conditions are ideal.