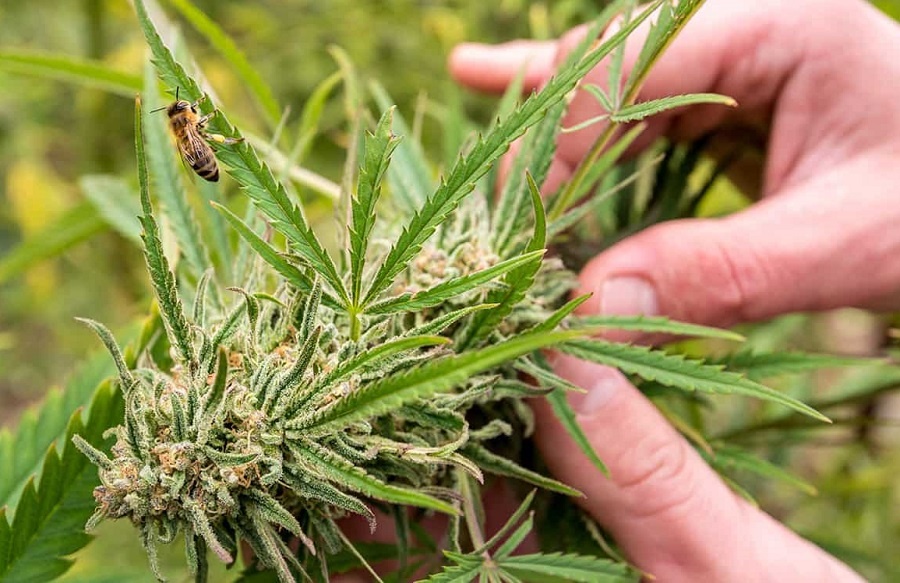 If you have never grown cannabis before, then you probably don’t know that cannabis plants have a gender.

Yes, there are males and females. In some cases, even hermaphrodites are male and female at the same time.

There are roughly 50% of males and 50% of females in nature, and ultimately when you’re growing marijuana consumption, you generally do not want males.

So it is recommended that you remove males as soon as you spot them.

Ultimately, this will mean some wastage after all as they are now being discarded.

Perhaps one of the best ways to avoid sifting through male and female seeds is to invest in feminized cannabis seeds. And they only produce female plants.

So how do you spot a female cannabis plant?

Well, it’s simple females usually have white strands, and males have these ball-shaped bulbs hanging down.

In the following article, we’ll take a look at some more details on female cannabis seeds and the role that male seeds play as well. 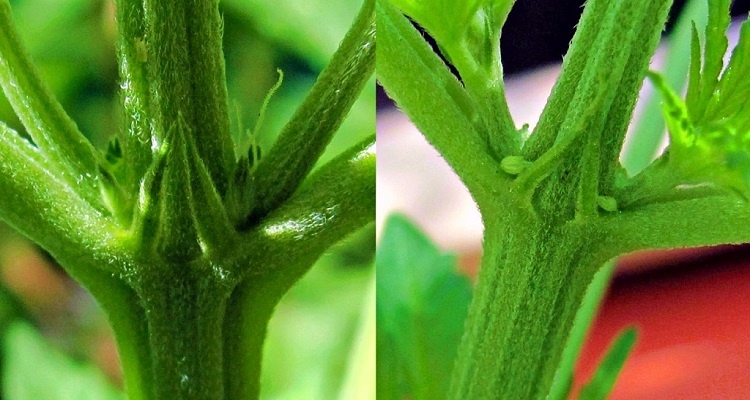 Knowing the difference between genders when growing cannabis is very important.

While some plants have the ability to grow both male and female seeds in one plant, cannabis, on the other hand, can grow males and females completely separate from each other.

Ultimately it has this ability because it is a dioecious plant.

There are two main genders in marijuana plants which are male and female.

These plants are different because they have different characteristics.

Something that the seeds have in common with humans is that you need both a male and a female seed to reproduce.

Despite the similarities, they still have many differences.

So let’s take a closer look at some of those differences. 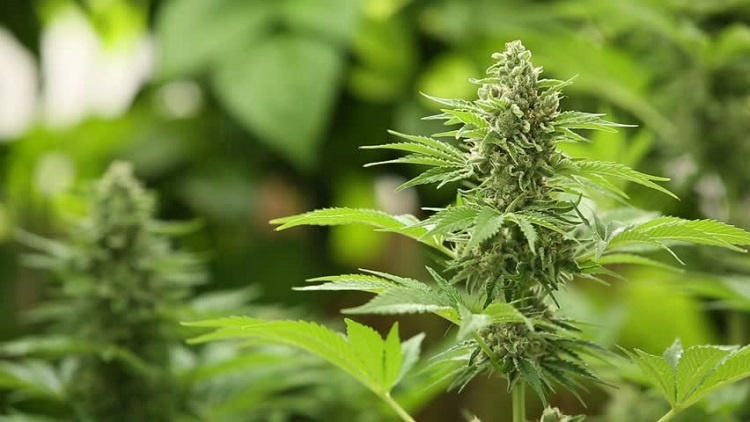 Female cannabis plants unfertilized are crucial as they the only agenda that produces the THC buds that are needed and loved.

Female plants are capable of producing much higher levels of THC than males.

However, the trick is females will only produce these THC buds when not pollinated by male plants.

So if you want to grow some buds, there is no way you should have a male plant close to your female one.

Ultimately pollination occurs once a male plant evolves, and the pollen from the male lands on the flowers of the female.

Once a female is pollinated, she won’t grow any more buds and instead will focus on producing seeds.

So we’ve now established the difference between a male and a female plant and what happens before and after pollination.

So it’s nice to know what female plants actually look like.

The appearance of female plants has some significance and noticeable characteristics that are very different from males.

And once you know what to look out for, it will be easy to recognize a female plant.

Firstly female plants have more side branches and make them look bushier and probably healthier than their male counterparts.

However, probably one of the most visible characteristics is once the blooming phase begins.

This is when you start to see some hairs appear on the end of the branches.

In order to make sure that you’re dealing with a female plant, this is how you can make your assessment:

If this is visible, then you have a female plant 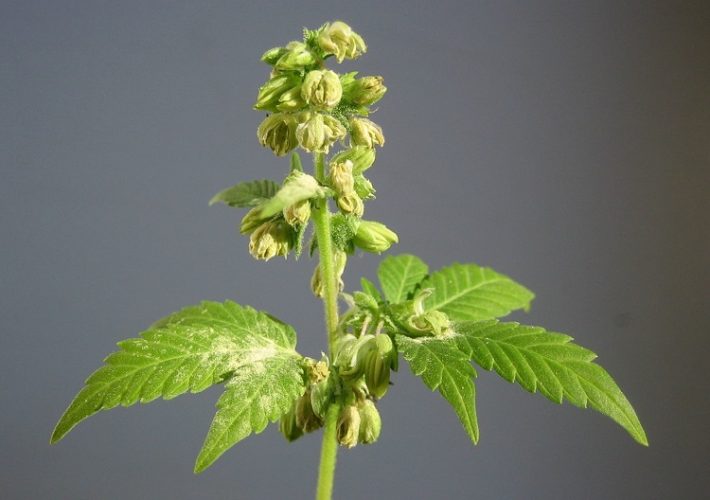 Male plants are often seen as a nuisance as they grow on and crops quite easily.

However, like other plants, the males produce pollen and release them by popping the pollen sac.

Ultimately the pollen floats in the air and settles on the female plants, thereby pollinating them.

This means your female plants will stop producing THC flowers and start focusing on producing seeds.

However, not everything about male seeds is negative and there are some benefits as well:

Some people prefer to grow different types of strains from the same clones repeatedly.

If you’re not able to get your hands on some nice new seeds, then this is pretty much an option.

So a solution to this problem is often to choose two strains that have different characteristics, combine them by breeding, and use a strain from a  male and one from a female.

So you get 50% of the genetics been contributed by the male plant, so ensure that you choose the best quality of male seeds you can find.

The fibers found in female plants are very different from those found in male plants.

These different types of fibers are often separated so that they can be used for different purposes, such as textiles or paper.

Male fibers are softer and thinner and often used in the making of the finer textiles such as bedding and towels.

Female fibers often can be used for textiles, paper, and canvas.

Males cannot produce buds but do produce small amounts of the same cannabinoids, which is found in female plants ultimately though it’s less of it.

So ultimately, you can use the material to make hash, rosin, and edibles.

How To Spot A Male Cannabis Plant

A male plant will be easier to spot once you know what to look out for.

There are two things that you should look out for, and the first is the overall appearance of the plant.

When a female and male are side-by-side, you’ll notice the male easily. It may be a little harder sometimes.

Perhaps one of the most reliable ways of checking gender is as follows: 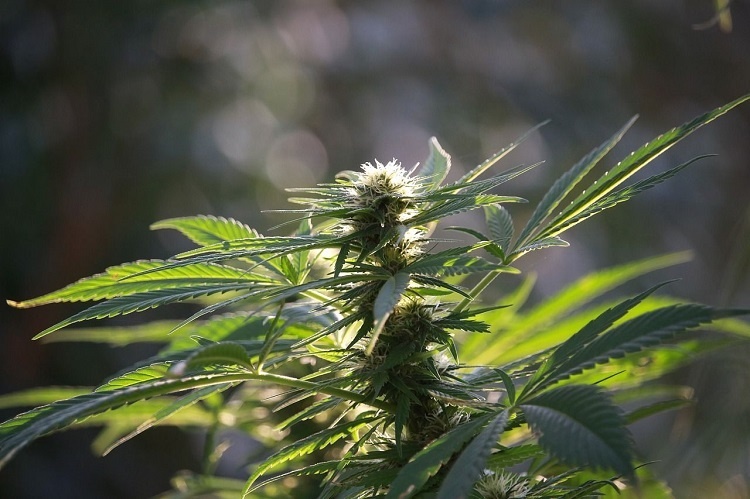 The chances of growing or finding and a Hermaphrodite is pretty rare because it is not very common in the cannabis world.

It simply means that the organisms are born with both male and female characteristics.

In this case, it means that the cannabis plant is able to pollinate and produce by itself.

So ultimately, they also have the ability to destroy your THC rich buds.

Ultimately this change is possibly brought about by bad circumstances and elements, which ultimately cause a plant to pollinate and reproduce by itself.

After that’s often the result of physical damage to the plant, nutrient shortages, diseases, genetics, and usually very bad weather.

Depending on the strain of cannabis, some may be more inclined to change to hermaphrodites than others.

This is how you spot a hermaphrodite.

Some plants will clearly show both characteristics of male and female plants.

Secondly, once the plant reaches the flowering phase, it will produce banana-shaped nodes which actually seed pods inside out.

They also contain sacs that pop pollen, and once it is released, it is carried to the outside of the plants.

Ultimately this will also pollinate the female plants.

What About Clones And Hermaphrodites? 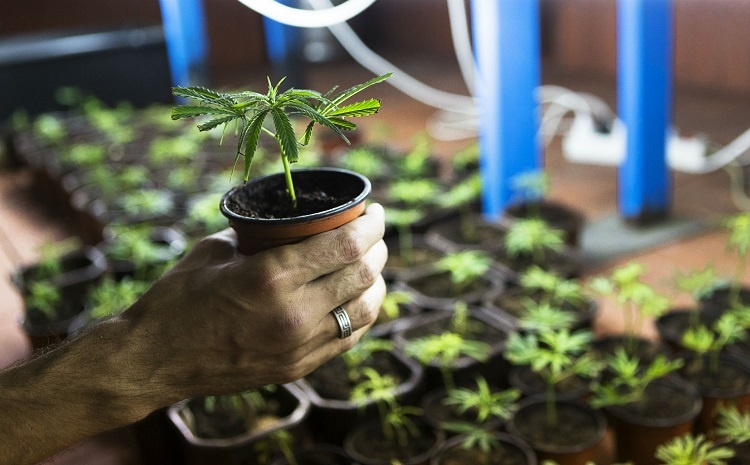 So we’ve already discussed exactly what a hermaphrodite is however many people are confused about marijuana clones.

Clones are basically taken from female plants, so they are 100% female.

So you don’t even need to try and identify the sex of the plant or put in the effort of removing male plants.

So basically, purchasing clones ultimately gets you through the termination process quicker and with less effort.

They are also genetically identical to their mother, so there are no genetic variations. They quickly grow into mothers and can be cloned once again.

However, clones to have some disadvantages, and one of them is that they can carry disease and pests that would infect your entire garden.

Also, clones of a specific type of strain may not be available immediately and can be difficult to find if you don’t know where to buy.

Since clones don’t have a taproot, they don’t grow as vigorously as marijuana seed plants.

Since they lack a taproot, they only grow secondary roots, which are also known as a fibrous root system from the stem.

Growth in clones is also more lateral instead of downward.

Over time they can lose their strength when it comes to potency, aroma, yield, and ultimately their overall growth.

It is recommended that you clone up to the third generation and thereafter, use marijuana seeds from a seed bank.

Clones like marijuana seeds have their advantages and disadvantages, and probably the best advice is that in order to successfully grow your marijuana garden, you should use a combination of seeds and clones.

What Are Feminized Cannabis Seeds?

The idea of feminized seeds is probably one of the greatest milestones in the cannabis industry.

Seed banks and breeders alike make use of this method to choose only seeds with female genetics.

Ultimately this means that you are guaranteed female seeds only.

The concept is known as feminizing, and it’s the standard for seed companies worldwide.

However, lots of them also sell non-feminized seeds, which you are able to cross strain and produce seeds by using the male plants.

Feminizing can be done in a few different ways.

One way of doing this is to interrupt the light schedule. If this is done correctly, all seeds will become female.

The method, however, is not always 100% accurate, and they are better ways to go about doing it.

One of the most accurate ways these days of creating female plants is the colloidal silver or silver thiosulfate.

The silver particles in these solutions restrict the production of flowers, and the outcome is female cannabis plants with male pollens but holding female genetics.

So if these pollinate another female plant, the seeds coming out of them are 100% female.

The possibility is, however, that even when you buy feminized seeds that there’s still a small chance that one may be a male.

And this depends on multiple factors, but it is possible that a male plant can grow out of a feminized seed.

What Are Male Marijuana Plants Good For? 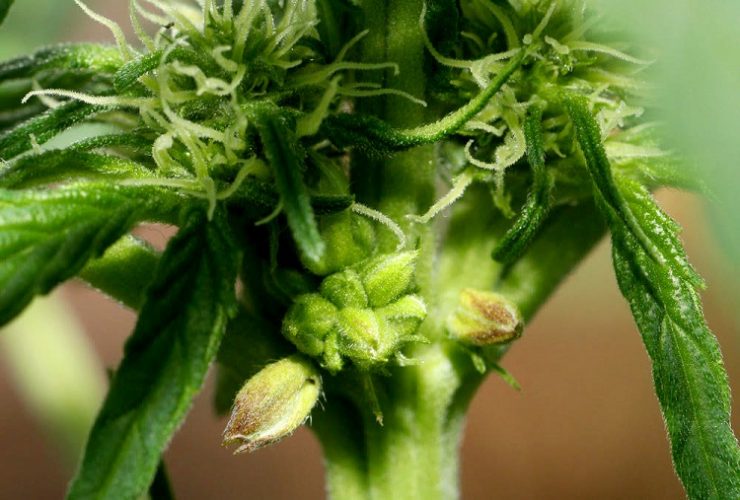 Although male cannabis plants do not grow the best quantity of marijuana for consumption, they do have some advantages and serve some good purposes.

For one, they produce strong fibers.

Male fibers are usually resistant and flexible as compared to female fibers, which are sturdier.

Ultimately male plants are thinner and softer, therefore, making them ideal for use in the manufacturing of textiles such as towels and bedding.

Secondly, although males cannot reproduce, they do produce small amounts of cannabinoids.

So they can be used to make hash, rosin, and edibles as well.

How Do Male Plants Differ From Females In Appearance?

Males are skinnier and have small bulb-like structures and there is always a pollen sac present. Females are bushier, sturdiest and have white hair-like strands coming out of the bulbs.

Which Gender Is Best For Consumption?

Female plants produce the THC rich buds that deliver the aroma and effect that people fall in love with, so females are definitely what you should be growing.

What Are Hermaphrodite Cannabis Plants?

These plants have both male and female characteristics.